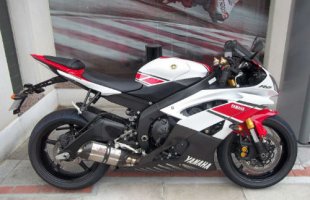 600cc. Manual 6 speed. 659 miles. WGP ANIVERSARY. 1 Owner.
STUNNING LIMITED EDITION YAMAHA YZF R6 WGP 50TH ANNIVERSARY. Yamaha's designers had one problem with superseding its 2006/07 R6. and that was how to improve a motorcycle that was very good in the first place. But improve it they have with clever attention to details borne from its World Supersport racing program. A designers touch here and the same effort there. has led to the Yamaha R6 being the definitive supersport package. If your view of a race replica supersports 600 is a motorcycle that delivers high rpm performance. razor sharp handling and is finished off with looks straight from the racetrack. then the Yamaha R6 is definitely for you. DON'T MISS OUT ON YOUR CHANCE TO OWN THIS STUNNING WGP 50TH YZF R6 Manufacturers Warranty Remaining. Full Service History. one owner. HPI Clear. factory fitted immobiliser. MIVV EXHAUST. yamaha tail tidy. LIMITED EDITION 50TH ANNIVERSARY. ONLY 1500 MADE. NUMBER 917 OUT OF 1500.
PART EXCHANGE welcome against any of our new or used motorcycles. DELIVERY AVAILABLE. All of our used bikes are fully inspected at our workshop prior to collection/delivery. LOW DEPOSIT FINANCE PACKAGES available with this motorcycle. In addition our trained qualified technicians can cater for all your servicing and aftersales needs. Motorcycle located at our London store. London's largest Yamaha motorcycle and scooter dealership situated just ten minutes from Central London. 0207 610 4131 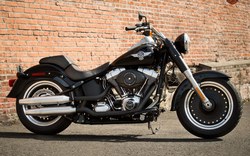