YAMAHA YZF-R6
Call for best UK price.
4. 9% APR available over 3 years with just £99 deposit.
This is the machine that lead the way in the 2011 World Supersport Championship. And its highly advanced engine and chassis designs make it one of the most outstanding motorcycles in the class. Our compact 'mass-forward' body layout and lightweight aluminium die-cast Deltabox frame concentrate major components around the centre of gravity for super-agile handling. The R6' 599cc liquid-cooled. 4-stroke. DOHC. forward-inclined parallel 4-cylinder. 4-valve engine is equipped with a highly advanced electronic intake (YCC-I) and throttle (YCC-T) giving instant response and seamless power. And with its new 50th Anniversary colours. the R6 looks and feels like a born winner!
Millenium Motorcycles. Thatto Heath. Ample parking available with friendly and helpful staff on hand. Finance offers to suit all budgets. From bikes. to parts and service. to clothing and even a Bistro on site. MMC will be your first and last call for all your biking needs. Find us on Facebook and Twitter @mmcbikes1 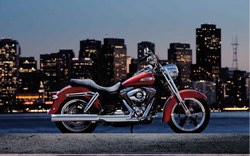