Louigi Moto
Have For Sale

Louigi Moto have for sale a stunning and multiple award winning Ducati 250 Desmo. extensively restored to period perfect using many new old stock parts. including a full engine rebuild. The motorcycle has covered about 400 or so dry miles since this work was carried out. so it has been used.

This motorcycle also boasts its original frame and engine numbers that it left the Borgo Panigale factory with in 1974.

Extensive paperwork and photographic evidence of restoration make this one of the rarest of all Ducati Desmo singles made and very few survive to this day.

It has been documented that fewer than 600 of this model were made during this year and were only made to order. alongside the not so exotic (at the time) valve spring models. this particular model has the more attractive Grimeca front drum brake fitted.

This motorcycle was originally supplied and maintained by Mick Walker Motorcycles. Mick got wind of its existence a few years ago and it was to be the feature of a book regarding this particular bike. The project was abandoned when Mick was diagnosed with cancer and he swiftly set too working on his autobiography “The ride of my life” Uncannily published on the day of his death.

Price is reflected in its condition and historical value £16. 995 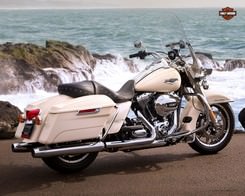