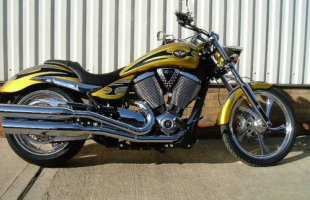 This 1731cc Fuel injected Victory Vegas Jackpot is truly awesome. Its power is delivered via the six speed overdrive gearbox then pushed on to the tarmac through the 250 rear tyre. These machines are a real pleasure to ride and even better to look at. It is equipped with billet alloy wheels. loads of chrome and a oustanding paint job. We have been selling Victory's for 7 years now and have seen the brand go from strength to strength. We pride ourselves on customer satisfaction and have won awards for customer care and dedication. so buy with confidence. In stock now- This machine is live stock and ready to view . with low rate finance (STS) please call for more info. We have a large selection of Victory's from the 8-Ball to the Vision. in various model years and colours. Tel March 01354 660366. Afterhours Mark 07909983455 or Richard 07860361920. 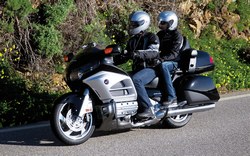