BMW R1200 GS 2011 Technical Update Model in excellent condition.
Full BMW Service History 50. 13 miles ( so only just run in ! )
The on board computer is showing that it's due a service but that is on date only as the bike has only done less than 3000 miles since the last service in 2013.
If it sells for the asking price it'll be serviced before collection by Lind BMW Motorrad in Norwich. if not you take as is !
The bike is in use daily so the mileage will increase. and was only purchased in July 2014 but a niggling back problem means I can't ride for long distances. nbsp;
So unfortunately and with much regret it needs a new owner that will give it the use it deserves.
Runs like it should and is a brilliant bike to ride.
The Bike has Heated Grips. GS Adventure Screen (original will be included). Extra LED lights on Hand Guards.
No ABS or ESA so less to go wrong and cheaper to repair if it does :-)   For sale with or without panniers and top box  £7495 OVNO with boxes etc
The top box holds 2 full face helmets and the panniers can be configured to open either fully or just the top section.     The only bad bit I can find is some paint has worn off of the guard plate next to right foot peg. which happens to them all. (see pic)


Test rides available ONLY on receipt of FULL SALE PRICE IN CASH AND VALID INSURANCE DOCUMENTS
£250 deposit to be paid on completion of sale with balance to be paid by cash or bank transfer (and be cleared funds) before I'll let it go.
I can deliver pretty much anywhere for the cost of the petrol and return fare or you can collect and ride it home.
❮ Prev BMW motorcycleNext BMW motorcycle ❯ 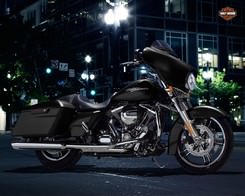