Seller notes: Bike has a few slight stone chips on the front nose fairing but nothing a touch up pen won't fix 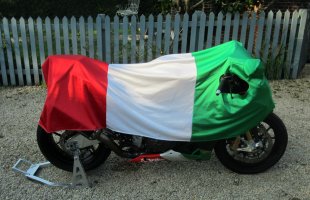 Welcome to my listing. I am selling my Aprilia RSV4 SE APRC Max Biaggi rep motorcycle. I bought this bike new in 2011 from 'InMoto' a Ducati and Aprilia main dealer in London.

The bike was just over £20. 00 when I bought her because I went a little bit mad on the extras! (don't tell the wife) Mileage is 2245 and has a full service history from Aprilia at the correct intervals - I think it is now due it's 3rd service.

It's never been out in the rain or cold and has been stored in my garage. covered up. Comes with service manual. 2 black keys and 1 red one.

Full Akrapovic Titanium 'Race' exhaust.
DPM race levers
DPM crash bungs
DPM bar ends
Rizoma rearsets
Samco 'blue' hoses
Renthal sprokets Rethal race chain - gold
The bike also comes with the original exhaust. levers. rearsets. These bits has never been on the bike as I collected it with the new bits on when it came out of the showroom. so are as new.
It's a Factory bike so has Ohlins forks and Ohlins shock. the APRC means it has 8 settings for traction control. 3 settings for anti wheelie and launch control. They are a little lost on me as I've never played around with them. but i am sure they are brilliant in the right hands!

The bike has been really looked after and I am really sad to see it go. but am moving house and need the funds. Best of luck. you really won't be dissapointed and as it's a private sale. you are saving thousands on what the dealers will charge!

'no canvassers'no 'test rides'
I will expect cleared funds in my account before you take the bike
Pick up only. 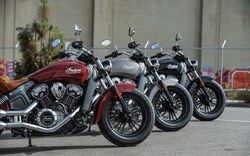