Seller notes: No marks or blemishes as new 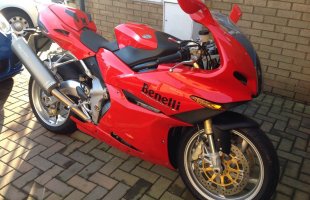 As new Benelli tornado tre for sale this bike has only covered 131 mile from new. A guaranteed head turner where ever it goes and the the only bike with two cooling fans under the seat its immaculate in appearance as its been kept in garage and on a battery optimiser at all time. only selling due to lack of use and all paperwork and keys are present and there is no outstanding finance on this bike. £300 deposit in my PayPal account the remainder paid cash on collection. z25 gear and clutch modifications have been done and confirmed by the supplying dealer I have relisted this bike as I've finally made up my mind to give up biking so I don't want a part ex or a swap and I don't need a car. would prefer if winning bidder could pick the bike up within 3 days of winning. This bike has been lowered by 30mm but have the original links to put it back to standard ride hieght which is only a 20 min job. Just been out and checked the bike and I've noticed a little bit of paint peeling on the bottom fairing at the side stand apparently this is quite common on these bikes (Italian workmanship) so I've reduced my buy now asking price by a £100 and as I no longer need it an Abba super bike stand that is bike specific for the Tornado will be added to the price also a halfords battery optimiser. This must be the bike bargain of the year. UPDATED THE PHOTOS TO SHOW PAINT PEELING. 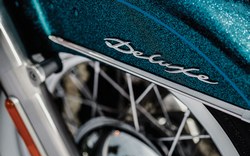