Seller notes: This bike is in "Show room condition"

RELUCTANT SALE  of my Harley V rod Muscle .  I have had this bike for about 14 months now and I am the third owner (first being the dealership).  This is my second V rod muscle and they are a great head turner and sounds great!!!.  Unfortunately due to circumstances I have to sell.  This bike is in showroom condition and has no marks. dents or scratches on the paintwork.  It has had the pipes changed to the V&H slip on performance exhaust and has a back rest/carrier also fitted.  I put an air box Bra/protector on it plus put a "screaming eagle" air filter in it also. It also has a tail tidy fitted also.
People who know these bikes realise that  they are approx £14. 00 new to buy and the extras on this bike add up to about £1000. This bike is 22 months old only and I have only done a few hundred miles on it in the 14 months I have had it.   I will be starting the bidding off at what I think is a fair starting price and I am NOT putting a reserve on this item so hopefully some caring person out there will grab a great bargain. !!!!!
The bike will not be released until ALL funds are in my bank account and would like a £500 deposit paid within 48 hours of  end of auction.

All enquiries welcome and will try and answer any question you may have.  All viewings are welcome but no trial rides unless you pay full amount up front. 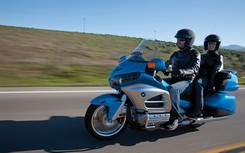