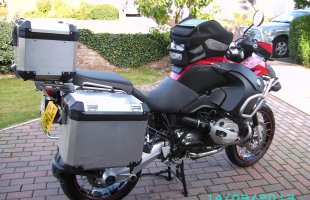 Hello. here we have my R1200 GS Adventure for sale. 1st registered on 13/04/2012. with supplying dealer. and one private owner prior to me. I bought it in June this year with 8k on the clock. specifically for a trip to the Pyrenees. I have now returned from that fantastic trip. covering 2325 trouble free miles. and seeing some amazing scenery. I have decided to sell. as I am not planning any further European trips at the moment. You may as well have the benefit of the remaining 7 months manufacturers warranty. The bike has all the equipment needed. i. e. ABS. ASC. Traction Control. Electronic suspension. Heated grips. Computer read out for Tyre Pressure. Temperature. fuel used. average fuel. range left. etc. etc. all the standard Adventure features. plus it has a BMW DWA6 anti-theft alarm fitted. As you can see by the photo's there is an assortment of luggage options. The panniers and top box are genuine BMW. and coded to the ignition key. the large tank bag is also BMW and hardly used. the clip on tank bag is by Bags Connection. and is a really handy bit of kit. you don't need to remove the tank clip when using the large bag. it simply sits over it. All this is included in the sale price. If there are any items of luggage you don't need. or want. then I will reduce the price by £200 per box. £75 for the large tank bag. and £50 for the small bag and clip. Most of  the photo's show the bike with a low seat fitted. this is not included in the sale price. but could be available for £100. I have done just over 4000 miles on the bike since I bought it. and consequently it is now due a service. I have booked it in at RGM Croston for the 12k service next Monday. 30th September. so it will come newly serviced. Tyres are still good. and there is Tax to the end of this month. The bike runs and rides perfectly. and you have the reassurance of the remaining 7 months warranty. The service book is stamped at 693 miles on 11/06/2012. and 5509 miles on 10/04/2013. both by Williams of Manchester. There are two sets of keys. and owners manual/service book. Viewing can be arranged by email. or call me on 07860 558474. Cash on collection. or cleared funds before removal . Thanks for looking.   THE BIKE HAS NOW BEEN SERVICED. This is one very attractively priced GS when you consider what it comes with. and just been serviced. Tax ran out 30/09/2013. now on sorn. 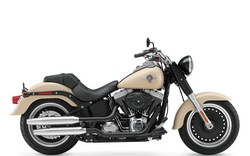