Sold as seen is my Aprilia RSVR Factory. The bike is a 2008 model and has done approx 7. 00 Miles. it also has an MOT until May 2015.
The bike has partial service history. the last service was by an Aprilia dealer in the Midlands when they also MOT it. I do have the owners manual. 2 keys and alarm fobs and a few old MOT certificates which document the mileage etc. the bike has a Data tool alarm.
The bike runs. rides and handles as it should. Pirelli tyres with plenty of life left along with the brake pads.
This is the factory model which includes Ohlins front and rear. Ohlins steering damper. Akrapovic exhausts. Brembo mono block calipers front and rear and Marshesini lightweight wheels to name a few things.
Bike has had a claim made against it by its previous owner. This was the result of a slow speed drop. damage includes a cracked nose cone which has been repaired. tank has a scuff (as per photo) and the front wheel has a scratch. Otherwise in a good condition given its age.
Located in Aylesbury. Bucks.
£5495 or make me an offer 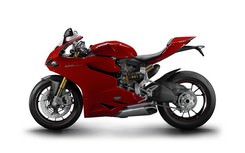