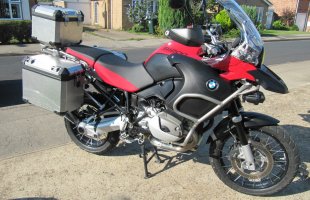 For sale is my BMW GS 1200 Adventure. HPI clear and no outstanding finance. 3 former keepers.
This bike is UK registered Oct 2008 and has only done 13158 miles (this may go up a little as I still use the bike)I consider this bike to be in excellent condition with full service history. the last being carried out at 9400 miles by the BMW dealer where I bought it from.  It has MOT until Dec 2013 and Tax until Nov 2013
The bike has Dynamic and Premium packs fitted so you get ABS. Traction control. Onboard computer. Electronic suspension adjustment. Tyre pressure sensors. 2 stage heated grips and Fog lights. The tyres are Metzeller Tourance with 5mm tread front and 7-8mm tread rear. I only had them fitted in July.
The 3 piece BMW aluminium luggage (which show natural patination) are included in the sale and all the locks are coded to match the ignition key for which I have a spare.
The bike is located in Coningsby Lincs and viewing is highly recommended. you wont be disappointed. My mob number is 07984 583280 call or text to view or for any other questions /photos.
The only marks worth mentioning are a light surface scuff across the right hand pannier and a couple of stone chips on the underside of the left hand engine cover that wont show up on photo its so minor. This bike has been used for 13000 miles and may have other slight marks commensurable with its age. ut none that I can find.
Please no silly offers to swap for a pimped out Xbox or performing circus elephant.  £8100 ono 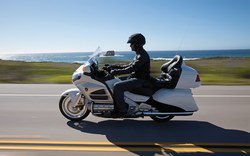