The one bike on the market that is known to everyone. regardless of their knowledge of bike is the infamous. Honda Goldwing. Having earned its reputation for being the king of the road for its sheer size and presence for passers by. it has an equally strong reputation for being light. agile and manoeuvrable like bikes of half its size for people who've ridden it. The 1800cc flat 6-cylinder power house is something else. it's ultra smooth vibe and tone is more like a Porsche sports cars than a motorbike. it you haven't tried one out. do so. you'll be amazed at what it can do. This outstanding offering is a very unusual colour scheme in the UK as it was only offered outside of Europe. It is a privately owned machine that has been loved since day one. Fitted with a whole host of well-selected extras from the genuine Honda. colour-coded trunk spoiler with integrated stop light. a chrome trunk carrier. chrome pannier garnishes. chrome front fender extender. chrome mirror garnishes and a front mudguard accent too. In addition to all of that is a second aerial to balance out the original and a set of front spot lights. otherwise known as cornering lights integrated into the bodywork. You're unlikely to find another example quit like this as it really is an exception. If you want to come and take a look in the flesh? You're welcome any time as we're open 7-days a week throughout the year. Part-exchanges are not only welcomed. but actively encouraged too. We take in all makes. models and ages of bikes. regardless of the mileage or condition too and it doesn't even stop there either as we also take in cars. vans. pushbike. caravans and motor-homes too. What do you have to offer? Our destination centre offers everything from clothing. parts and accessories. finance and insurance to servicing. MOT's and repairs and even motorcycle training too. We really are a one-stop-shop for everything related to bikes. 020 8668 8856. 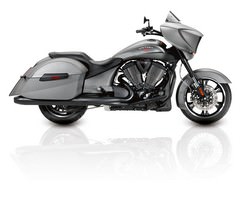