Seller's notes: EXCELENT CONDITION MUST SEE IT TO BELIEVE IT. NOT FAR FROM SHOW ROOM CONDITION ACCEPT FOR THE UPGRADES.
Sale type: Fixed price listing

No. 70/135 Genuine Rizla Ltd Edition with certificates of authenticity.
This bike is a cut above the rest. show room condition (excluding modifications) everything is in excellent condition must see it to believe it
This bike has only ever been ridden in good weather has been serviced and very. very well looked after has some aftermarket extras nothing that affects the authenticity of the bike.

R&G Crash bungs/ Bobbins
R&G Paddock stand mounts
R&G Tail tidy
MRA Double bubble vented screen
Custom DE-Cat Pipe (by SP Engineering)
The GSXR-1000 had a recall on the front brake master cylinder and was done by Fowlers in Bristol
Now to the Sale Part. Absolutely No!! Test rides without proof of ID (drivers licence and a utility bill with your current address) must have proof of insurance to take it on the main highway. and Cash for the bike before you even get your helmet on. This is a very desirable bike and I will be taking No risks. If you can't get what I have asked for you can still view the bike but no road tests. I also have a load of goods to come with this bike. 2x Spare screens. Spare tail cowl sticker (apparently quite rare). set of K8 GSXR-1000 tail pipes if you don't like the Yoshimaru GP EVO II. nbsp;The original catalytic converter (not required for MOT). Pillion Passenger seat (no other GSXR seat will fit this specific bike). nbsp;Spare No.  Plate (Required for MOT) also the paddock stand in the pictures will come with the bike if you need it!

This bike is for sale in lots of other places such as GSXR owners club ECT. so if it sells elsewhere I reserve the right to remove this listing I will inform potential buyers before removing thank you. 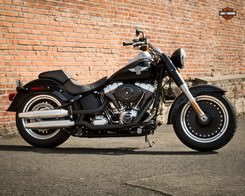