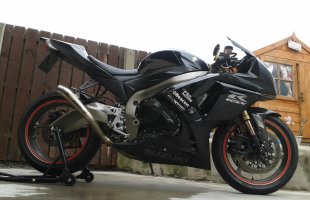 For sale is my mint Suzuki Gsxr 1000 LO
Bike is 2010
I have spent alot of time and money putting this bike as it is now. it has been fitted with nothin but the best parts available for this bike.

List of extras ive fitted to the bike come to a total of over £3000 alone which include;

Power commander fitted and set up and dyno'd by Jack frost at Holeshot racing. the bike made 176bhp at rear wheel and over 200bhp at crank

Just had a fresh set of Michelin pilot Road 2's fitted
Also new rear brake pads just fitted and bike had oil and filter change 1000 miles ago. it is ready to get on and go. needs nothing at all.

This bike looks. sounds and goes amazing and it is a real headturner wherever it goes.

It is the quickest and best handling bike ive ever riden. but its now time for a change

All original parts included in sale. most of which are brand new and never used.
Comes with spare key also. full V5 registration document in my name and all suzuki manuals

Fully hpi clear and no money owed etc. bike was paid for outright.

** The GSXR is in Lisburn. Northern Ireland **

I am located 15mins drive from both local airports and also 15mins from the docks / ferry terminals. I am able to pick up buyer at airport or bike can be sent via professional bike courier in a fully kitted van for approximately £250-300 depending on location once full payment has been received.

All documents are same as we are part of the uk. so absolutely nothing has to be change or re-registered etc.
I am in no real panic to sell as bike will be very hard to replace. so please no silly offers!

Miles may increase slightly if we get the odd good day. 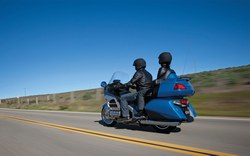