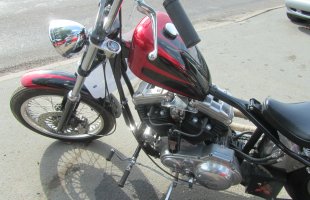 The Harley 1200 chain drive Sporter Chop a real hardtail beauty. absolutely superb must be one of the best on offer no exaggeration. fabulous well engineered build. practical and with super detail.   Built by Rob at RHD Developments as his own bike till he fell in love with my old Shovel convinced I did best with the Sporty.   This is a no expense spared. all one off parts. extensive engine work. all alloy polished. hundreds of hours spent on this build.   As new. almost no miles since the build still has the knobbles on the tyres and it has new alloy wheels.   The battery has a trickle charger system as it doesn't get used very often and has been started regularly.  It has all the usual tuning bits in the engine and accessories such as electronic ignition. 42 mm Mikuni and K&N filter. the list is too long just look at the photos.   The bike looks good. goes well. super clean. nice lines with a stretched hardtail frame. over length forks and great paint.   This is not an over complex cluttered push it on a trailer show chop but a very well build usable show quality machine.   V5 present registered as an 883 from 1987 this is not a cheap 1200. taxed and MOT'd. conversion a serious bit of engineering on sorn at present.   10 miles since build.

Contact Steve on numbers above. or my mobile 07896083103 for more details and I can take more detailed pictures if needed.   Email address is steve. yolande@ic24. net 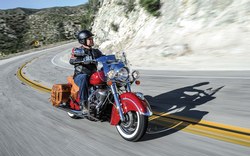