Fantastic Piaggio X8 250cc Scooter on offer
This is a great executive commuting scooter that has impressive acceleration. beating all traffic at the lights. which also comfortably cruises at over 75mph with a extra15 mph should you need it.
The boot and under-seat compartment open remotely via the key fob. which is a nifty feature.
It holds loads of luggage as it has a very large boot (view photos).  You can fit 2 helmets internally or a large gym bag and several bags of shopping.
I have fitted the best Pirelli Diablo tyres which have loads of tread left. these tyres will inspire confidence around corners.
The bike runs and rides really well. never missing a beat.  It is really comfortable to ride. making your journey a joy.
I was contracted in Italy. so I used the bike over there.
The bike was serviced 6 months ago.  (A new battery and alternator were also fitted during that service) costing £300 in total (Typical Italian style).
I have all paperwork and the manual. plus 2 x keys
The economy on this scooter is AMAZING. and the only reason I am selling is due to me moving back to the UK. and having a company car.
I will get the bike MOT'd for the new buyer. giving you 12 months MOT
Only sensible offers considered.
Cash on collection.
Many thanks
Luke
07866370673 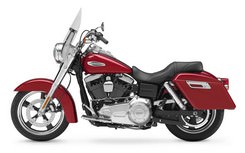