Hi there Hopefully you are about to bid on my beautiful Harley Davidson Heritage with its classy 2 tone paint work which makes it stand out. Now lets face it when buying a second hand car or bike the best ones to get without a doubt are the low mileage ones. This bike has done 10. 48 miles. it has full service history supplied by Manchester Harley Davidson. its first service was 1013 miles. 2nd service 2415 miles. 3rd service was 7487 miles and the last service was 9132 miles which speaks for itself. I have the service book. Harley Davidson booklets. etc with the Harley Davidson briefcase bag. I have the HPI check I did when I bought it and it is MOT'd until 17th July 2016. The V5c is present and must be filled in - no exceptions. It has had 3 owners total and was registered on 3/5/2001. it has never been crashed. bashed. stolen and it is a UK only vehicle not an import. HPI verifies its history. She is in very good condition. I won't say its mint like most people do when selling a bike as its been used but like I say its in very good condition. It has been fitted with fat boy handlebars which I think are much nicer than the Heritage bars and its unbelievably comfortable to ride. I do have the screen which goes with the bike which will need a good clean. The lugs are still on the forks that take the rack so its easy to fit it if required. It has a removable back rest and screaming eagle silencers which make the bike sound awesome. not too loud just right. These were fitted when the bike was new. I have fitted a brand new back tyre which has 0 miles on it. I replaced the rear brake pads at the same time. I think I have covered everything but please don't hesitate to ask any questions but please bear in mind I may only look at the computer once a day but will answer asap. Please go to the trouble of reading some of my feedback especially my sold items you will see you can bid in confidence. I am very fair and trustworthy. If you are coming a good way and you can't view the bike before the auction ends and you don't like the bike you can simply walk away with no hard feelings. I have priced the bike at a good price to sell so please don't send me any silly offers as I don't need to sell and could easily be persuaded to keep it. But it is for sale because - too many bikes. if that's possible?? :) saying that would consider British bike or Harley in px but has to be feasible. There is also an optimate battery charger that comes with the bike just keeps the battery in good condition over the winter months. I have got it advertised elsewhere and it may be removed at any time should it sell. Viewing recommended - good luck Summers coming! PS - forgot to mention no text messages I do not answer them 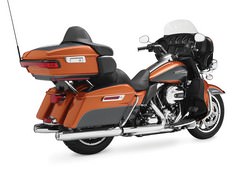