Absolutely beautiful example of this being the later revised model with the larger fuel tank. comfier seat and fitted with traction control as standard.

This is the GT version which comes fully kitted out and includes three piece Honda luggage. a centre stand and Honda heated grips. This particular machine has also had a double bubble tinted screen fitted over the standard Honda touring version along with R&G bar end weights and a Tom Tom GPS too!

First registered on the 11/12/2014 on a '64' plate and still covered under the manufacturers three year warranty.
Ultra low mileage and of course simply mint throughout. totally corrosion free and completely unmarked. finished in the gorgeous Candy Prominence Red colour scheme. 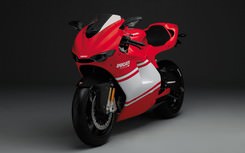