Seller notes: Well below average wear and tear for a bike this age, still in excellent original condition. 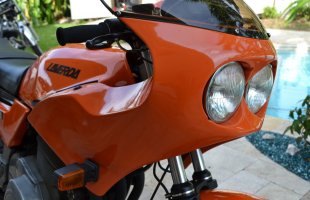 1984 Laverda Jota RGS/RGA. Rare bike with low miles. in original condition and is not restored.

Bike was imported from the U. K. into Connecticut in the U. S. A. when new. I believe it came from Slater Bros. Dealership in England. U. K. where they were modified into the Jota with the Sprint style fairing after import from Italy.

I have owned the bike for about four years and am the third owner. It starts. runs. and rides great. I only repaired what needed to be done after a long period of storage. so paint and decals are original. It has a Super-Trapp exhaust system since new and carbs were jetted to match when new. I do not have the original exhaust system.

Here is what I did to the bike to make it road-worthy when I found it. bear in mind some of this work was completed a few years ago now:

New clutch. as the old one liked to stick after use.

New windscreen. as old one was cracked.

Nice example of an RGA Jota. The bike looks. sounds and runs great.

I can assist buyer with shipping arrangements. and have experience shipping bikes internationally.

Clear Florida title in my name.

Bear in mind bike is located in Miami. Florida. USA and shipping fees and import duty is not included. 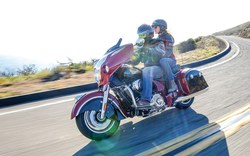