Up for sale is my 2009 build 2010 KTM RC8R. As you can see in the pictures. she is in a great condition and has only done 8000 miles. This is the much rarer and. in my opinion. better looking Matte Black version. This R model also benefitted from the KTM forged top yokes. TM forged Marchesini wheels and the black tin coated forks. unlike the later R's which didn't get these valuable upgrades. The bike has Oxford Heated grips and Flyhammer rearsets. She has also been Datatagged. In the pictures you can also see that the tires have barely been used (only a few hundred miles). I was planning to keep her for much longer and do some serious miles on her. but plans have changed. The bike was serviced last August. but has done less than 500 miles since. The last service carried out was a major service. All servicing has been carried out from new by my local dealership JIM Aim Racing. The bike is all ready to go to her new owner! Collection only. Please get in touch for any queries you may have. I prefer payment through direct bank transfer. Mileage may go up slightly if the sun shines. 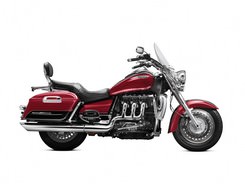