This is a Classic/Vintage 1941 Indian Scout model 741. A real beauty, partially restored and a great weekend bike as well as a daily rider –. This was originally a 500cc/45 Cubic Inch motor. It's original Indian engine has been bored and stroked out to about another 100cc's by one of the country's most experienced and authentic Indian Repair shops (Indian Motorworks in Bayfield Colorado) meaning this little guy will keep up with the big guys since that new engine work. Excellent engine and controls, correct foot clutch and three-speed side shift. Very good paint, very clean, and some nice character building Patina (on the old chromed wheels and pipes - after all it is a 1941). It's a great ride, and If I were going to ride it weekly I'd put new tires on it and a battery, but it will ride just fine as is. I have several other bikes and I just don't get this one out that much anymore. It's also been serviced regularly, last by Lawrence Browne at Sideways Cycle in Corona, CA. Always garaged and well kept. A real classic! You can spend a lot more for a classic Indian, especially a Chief – they go for around $35,000 to upwards of $50K. Or you can spend half of that on a bike like this and have a real unique rider. Checking out the web, even a basket cases on these models costs from $8K - $12K. This is a really nice Classic/Vintage bike, ready to ride!
Walt Agius
Wagius@Lendsys.com
Phone/Text: 213-999-0432
Direct 818-456-5093
Fax: 818-456-5094
Website: Lendsys.com 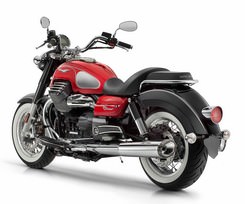