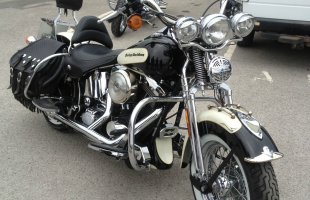 Your chance to own my 2000 W reg Harley Davidson Heritage Springer.

It is the coolest machine on the planet and turns heads everywhere it goes.

I won't go into major detail here as anyone who is serious will come and see the bike or call me when choosing a bike of this quality. The bike is simply stunning. has a full comprehensive service history and as people who love Harleys know the FLSTS is a rare machine. When it was fully recently restored it also had a brand new white wall rear tyre put on which apart from coming home 10 miles from Harleyworld has not been ridden. It was finished about a month ago. Since then it is in the garage. preciously wrapped up.

Please no dreamers or timewasters. just look at the pictures if you want to dream!! Please feel free to call me to discuss on 07593 599626 Chris

PS I am in the market for a family sized Yacht over 30ft long ;-) 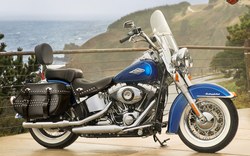