I have reluctantly decided to put my beautiful Jota up for sale. Having wanted a Jota since being a motorcycle-mad teenager I was delighted to find this excellent example and imagined keeping and cosseting it forever. but personal circumstances have changed and I need to fund a house purchase. The tears will flow when the lucky new owner rides it away!
This is a 1981 model-the best year in my opinion. It is the last year of the 180 degree version (raw. exciting and with that unique sound). but benefits from a stronger crankshaft. uprated alternator output. big comfortable fairing. and lots of other detail improvements.
The bike was originally sold in the Netherlands and still wears Km clocks. It was imported to the UK in April 2015. at which point it had over £900 spent on a full inspection and service. I bought it in May 2017. since when I have only put a few hundred miles on it. but endless hours pampering. polishing and fettling it. I would never take it out in the wet or cold. but it brought a huge smile to my face every time I rode it.
As you can see the bike is in excellent condition. with lovely black metallic paint. good chrome. and all the irreplaceable little fittings correctly in place. It runs as well as it looks. starting on the button. settling down to a smooth idle. snicking into gear and changing up smoothly. and with huge drive when you twist the twistgrip.
I have put in a number of sensible improvements:
-the bike wore a dual seat when I bought it but I have changed this to the single humped seat that a proper Jota should wear. I removed the pillion pegs at the same time. as unnecessary weight. Both dual seat and pillion pegs will go with the bike though;
-as there is no pillion provision there is no need for the chrome pillion grab rail. cleaning up the back end appearance. Again. the grabrail will go with the bike;
-the rear indicators were huge and ugly. I have replaced them with some slender modern versions. but the originals go with the bike;
-Jotas originally came with an enormous battery. suitable for starting an HGV. I have changed this for a Lithium battery. which saves about 5 kilogrammes as well as giving more starting punch and creating space for a tool roll and lock. There is also quite bit of storage space in the hump. and I have added some fittings for my Kriega packs;
-the front forks on a Jota are a bit skinny for such a fast. heavy bike. I have added a fork brace which makes them work a lot better.
Happy to provide more information or more photos as required. and for you to view the bike-get in touch on 07809-676988. Also happy to put the bike to any independent inspection.
I might possibly be interested in taking another classic Italian bike as part exchange. A Moto Morini 350 Sport with drum brakes has some particular appeal.
I look forward to hearing from people who are seriously interested. but the price is fairly firm so please no silly offers. Best wishes. Steve 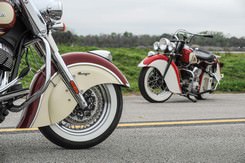