This Bike is in great condition, Its a 2008 it, has lots of chrome and extras ! Has a 330 rear tire kit Lowered & Stretched it was custom built by All Things Chrome in TN. The price is fare & firm it has lots of extras and runs great with no problems, I'm selling do to I cant ride anymore ( medical reasons) hate to sell it but it just sits in my garage, Has a new battery, I bought it last year and road it twice, Check out the pics for all the extras, bike is priced for quick sale, I am NOT a dealer so I can't do any financing, I'm not interested in any trades of any kind, If you look at the pictures you can see the money that was put into this bike, What I'm asking is way low to what this bike has into it, Some of the pics are from the dealership I bought it from, E mail me with any questions Thank You 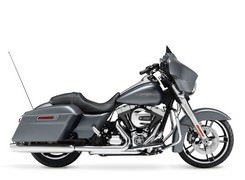