This bike has spent most of the last 20 years or so in my family room. The paint is original with the exception of the left hand side cover. It was replaced with a later Kawasaki painted cover. The exhaust system is the original no number system and does have the factory baffles in the pipes. Still has the factory chain oiler under the left side cover. Has the original black foam seat, and the original owners manual is in the package tray. I replaced the master brake cylinder with a new one, and re-built the front caliper 2019. Has a K&N air filter element in place of the stock paper one. Battery new 3/2020. The rear shocks are the new reproduction ones. The speedometer had about 15,500 miles on it before I sent it in to get repaired as the needle was "bouncing", and the fellow who repaired it turned it back to zero, 80 miles is all I have put on it since the upper end was done. The upper end of the motor was re-ringed, and a valve job was done in 2010. The bike had sat so much I could not get a good idle out of it. The work was done by a licensed Michigan motorcycle mechanic. The valves where also re adjusted at that time. It is still the stock bore, and new rubber carburetor intakes where installed at that time. I only drove it around the block (about 1 1/2 miles) before putting it back in the family room. Took it out at the end of 2019 and drove it to a few bike nights last fall. That is where most of the 80 miles came from. It has a clear Michigan title in my name. Forgot to mention I put on a new petcock this year, and a new reproduction fuel cap. The inside of the fuel tank is rust free. Also changed the oil and oil filter this year... hated to do that because the old oil came out clean! Just remembered I re-built the front forks with new seals and replaced the fork oil. The bike runs great and is ready to ride just as it sits. I put about 2 miles on it just today. The new gas I have in the tank is the non ethanal pure gas, the bike seems to like the 91 octane. Everything on the bike works including the horn and turn signals. Does not leak anything. Motor number is: Z1E09197. Build date on the front white tag is: 3/73. Their are probably other things I have done, just cannot remember them all.
If you are new to eBay, than you may not be aware that your bid means you are buying what you are bidding on. If you have zero feedbacks you must contact me to let me know that you are serious about completing the sale. Please, please do not bid unless you really want it. The auction costs time and money. A $200.00 deposit is due at the auctions end via PAY PAL. PAY PAL is O.K. for the deposit, but not the final payment. I will assist with shipping, but you must make the arrangements and pay for shipping. I can not crate it. If you are picking it up cash is the only way to pay for it. Checks are O.K., but they must clear the bank before the bike departs. Personal checks take up to 2 weeks to clear despite what the bank teller might say. The bike is located in Livonia, Michigan between Detroit and Ann Arbor 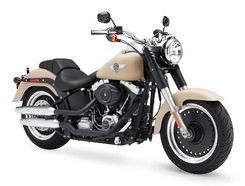