Produced from 1956 to 1973, the TR6 Trophy was one of the most successful models in the Triumph range, particularly in the US. The highly successful competition variant, the ‘C', popularly known as the “desert sled”, sporting the distinctive high pipes, secured the model's success by winning many competitions throughout the late 1950s and 1960s. It was built at the request of Triumph's sole US distributor at the time, Johnson Motors in southern California, as a way to target the growing number of desert riders. Steve McQueen's fondness for the model's performance, simplicity and reliability is well documented.

For 1967 the TR6 received some engine changes: compression was raised to 9:1, and Bonneville exhaust valve and camshaft were adopted, resulting in a 5bhp increase. And the TR6C got twin high pipes on the left side, and folding footpegs. The twin leading shoe brake was adopted in 1968.

This matching numbers example was the subject of a ground-up restoration by marque expert, Steve Walker. In the powder-coated frame hangs a fully rebuilt engine, overhauled gearbox and clutch. All cycle parts were refurbished or replaced as needed. Having covered only 3 miles since restoration, the bike remains in excellent condition. Fresh from a service to ready the machine for sale, all that it needs is a good detail to show the bike, or better yet, ride the wheels off.

Sold on a Bill of Sale. 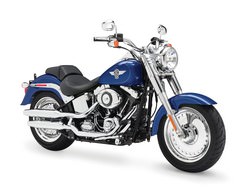