This is a fully restored, completely rebuilt bike that is better than new.
This was my dream bike as a teen so I decided to restore one where everything was either made better than, or replaced with new. No expense was spared.
The frame and all black metal parts are powder coated.
The chrome has been re-plated using a correct 3-stage process that is extremely expensive due to EPA regulations. The chroming of the wheel rims alone cost $250 each.
The paint was done by Chop Doc Choppers of Daytona Beach.
The spokes are stainless steel.
New tires and inner tubes.
Gauges restored by Z-Resto.
All nuts and bolts that weren't chrome were bright nickel plated by SMFI of Orlando.
All aluminum parts were vapor blasted.
Bored out to 1mm over with new pistons and rings.
All bearings, seals, gaskets replaced. Needle bearings in the swing arm, tapered head bearing.
New wiring loom, Dyna-S ignition, new (improved) regulator/rectifier.
All new cables.
New carb kit, balanced and synced.
Brand new pattern exhaust system with double-walled headers.
New valve guides, cam chain and camshaft bearings.
New AGM battery.
The only part that is different is the twin drilled front discs with calipers mounted behind the forks. Vastly improved braking. Fully restored calipers with new seals, pistons and pads.
New drive chain and sprockets.
Original frame, tank, body work, wheels, handlebars, gauges, seat, engine (to the best of my knowledge).
I have put 350 miles on the bike since finishing. At 150 miles the oil and filter were changed.The rebuild was catalogued and I have over 1,000 photos. All receipts total approximately $20,000! This is a museum/collector's quality vehicle. If I haven't mentioned it above, that doesn't mean it wasn't replaced with new!Free and clear Florida title.
Please ask any questions before bidding. I have lots more photos. 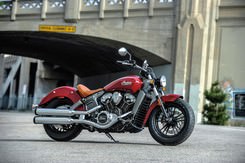