Honda CR500R 2001, This was the last 500cc two stroke Honda made, I restored this bike two years ago, was a clean low hour bike, I had the mind set to buy all the new parts from Honda about 11 years ago, when parts were still available. all new OEM plastics, seat, exhaust system, bars, cables, gas tank, brake lines, brake rotors, every nut bolt screw & washer is all new OEM, engine was completely stripped, inner cases restored, outer cases replaced, all new bearings & seals, new OEM cylinder & head, no stone left unturned with this as I wanted as close to new as possible, It even has correct new tires, the pictures tell the story, has been sitting in a car capsual outside my office, was never going to sell but things have changed, the only thing better than this would be a new bike in the crate... Bike has never been started, no gas or coolant put in it. just finding all those parts today would be almost impossible & very very expensive ... 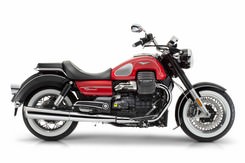