Also known as the Race-Developed 500cc Liquid-Cooled motorcycle or RD500LC, the RZ500 was produced in limited numbers from 1984-85 as a road legal production version of the YZR500 2-stroke V-4 Grand Prix factory racer. This rarely seen replica racer was not sold in the United States, and the1985 RZ500 stands as one of the most collectible road-going motorcycles of its era.

High performance with speed of 148 mph

Bike is all stock and original, with the exception of the upgraded exhaust system (stock exhaust system will be included with the bike purchase). Original paint; see picture for a few minor flaws. On May-23-21 at 12:34:40 PDT, seller added the following information:

bike is in excellent running condition with everything working.

Updated pictures. To answer a few common questions: the bike has never been downed. Starts on the first kick, runs great. 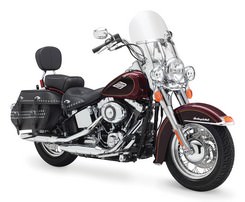