2010 Honda Roadsmith trike. front tire is 50%,rear tires are new. both CV joint boots replaced and CV joints repacked.all fluids except radiator have been changed within the last 2000 miles.it has navigation with the latest upgrade(disc included). heated seats and grips, with extra heated seat and non heated seat.the trailer is aluminum with new tires and bearings have been repacked and are externally greaseable. two new (never worn) full helmets with intercom. large and extra large. and a yellow half helmet. the roadsmith HT1800 has the self adjusting air ride independent suspension. it is stored inside,always. it is in good condition for a 12 year old bike. everything works as it should. I do not have to sell this bike,but it is time for someone else to enjoy it! The last trip i took made me realize that it is time! I will not give it away! it has a reserve! It is paid for! also the bike lift might be purchased! I may have not included everything,but if there is more stuff it will go with the bike!,thanks 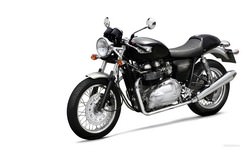