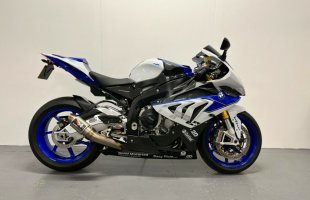 BMW HP4 Carbon in blue/white with low miles 5500
Your already looking at this ad so you know a little about this awesome bike! Extremely fast as well as comfortable to ride. Has all the options you could want on a bike.
Traction controlAnti lock brakesHeated gripsAll sorts of modes for different weather and track should you be brave enough to take it there. (This has never seen the track btw)Lap timerAlarm with 2 fobsImmobiliserGilles HeadsetGilles leversGilles adjustable rear setsBrembo brakesAustin racing exhaust systemGB racing gearbox coverGB racing engine cover x2R&G tail tidy R&G mini indicators all aroundR&G passenger peg deleteSingle seat cowlingBridgestone BATTLAX RacingStreet RS10 R tyres
Lots and lots and lots of carbon, far too much to list.This is the just the main stuff that I can remember, has so much more.
This bike is mint but is a used bike and does have 2/3 little marks that I can remember as well as a little heel rub on carbon finns next to foot rests. These marks can only been seen from close up if your looking for them.
I have lots more pics of the bike and closer of some of the parts as well as pics of the small blemishes.
Just had new MOT and BMW Motorrad service with brake fluid change and new water pump Jan 22. This bike needs for nothing at all.
I bought a new reg for this bike HP14CAR and will sell with bike for my money back on the reg. I think it was around £4-500, can confirm if we get that far.
Full logbook, 2x keys with alarm fobs and book packs all present and correct. Full BMW service history.
Any questions just ask 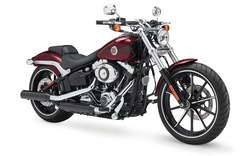