Beautiful black and chrome 1600 V twin trike. The photos do not do this machine justice this trike has to be seen! The black has a slight metallic finish which sets off the chrome. The noise from the big V twins exhaust is music to the ears! It has a brand new pair or mirror finish rear wheels with new tyres (less than 200 miles since fitting). This trike has always been kept under a cover and in my garage. It has never been used in the rain or in wet conditions.  There is a detachable tow bar which has never been used but fits on and off in less tan 5 mins. As you can see from the photos I have too many fair weather toys. Very reluctant sale of them all. ut the space is now needed. THE PRICE IS ONLY FOR THE TRIKE. Any questions give me a call on 07973692177. All the best Jon. 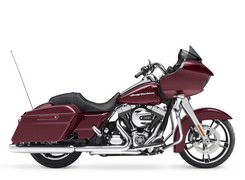