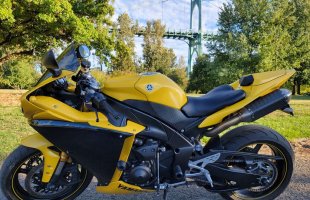 One adult owner, clean title, and well maintained, including synthetic oil changes. Never raced or laid down and always garaged. I hate to part with it but I don't need multiple bikes and this one doesn't fit my preferred riding style these days. It never failed to put a big smile on my face every mile of the journey though. Bittersweet decision.
Due to clumsiness and tight quarters, the bike unfortunately tipped against a wall, resulting in superficial damage to the front right fairing region and the aftermarket windscreen. That episode aside, there are a lot of upgrades to like including: **Apex Exhaust**HID Headlights**Rizoma Rear LED Turn Signals**Flush Mount LED Front Turn Signals **Pazzo Levers**Fender Eliminator **Rear Seat Cowl**Motivation Sliders **Puig Smoked Windscreen**3M Paint Protection Kit
Buyer responsible for shipping costs, absent local pickup. 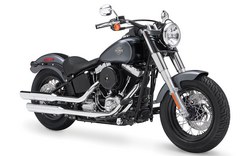