Seller notes: “Outstanding September 1972 Z1 with all early features. Restored in 2001 by WW authority on the Z1. No reproduction parts used in restoration.” 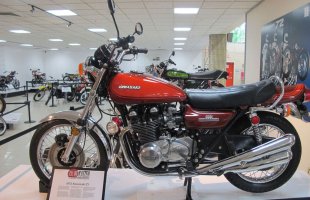 This is one of the most significant early Z1s in the UK: it was previously displayed in two AMCA museums in New York and Pennsylvania. Frame number #00265, engine number #00304, built Sept 11th 1972 with all key early features present. What sets this bike apart is that it was restored in California in 2001 by Greg Walker using no reproduction parts. Greg is one of the foremost authorities in the world on the Z1: he also owns two pre-production Z1s, a press bike, and three of the first 100 production bikes. All of these were restored by Greg to the same standard as the bike for sale here (#00265). This is only the second restoration Greg has allowed out of his collection.
Early features include ribless carbs, vacuum takeoffs in the head, early unstamped (genuine) pipes. Paintwork is by renowned Z1 painter Ralph Pitlock of Paintworkz in Chicago. The paint is early colours (Kawasaki only used this shade of midcoat paint on bikes with frame numbers from #00101 to #01500). The paint was produced by Ralph, matched to original bodywork from Z1 #00224.
I bought the bike while living in the US and brought it with me when we moved back to the UK in 2020. I am in regular contact with Greg and he has given me the history of the bike and lots of help over the 6 years I have owned it.
Full history and all details of the restoration can be found at https://earlyz1.wixsite.com/mysite
A walkaround and startup video can be seen here (taken Sept 2nd 2022) https://youtu.be/2E71Zcetdl4
Over 100 high res photos here (taken Sept 2nd 2022) https://photos.app.goo.gl/7SHE4r8qQedch7pQ9 Z1 #00265 runs and rides just as good as it looks - it was featured in Practical Sportsbikes magazine July 2022 issue, where it hit an indicated 130mph on an airfield runway (with tailwind). In production race trim it also featured in the race bike parade at the Anglesey Classic Bike event in June (although I was passed by Steve Parrish).
Having recently turned 65 I have decided to sell my small bike collection. I am based in Wrexham. Interested parties can view the bike running at the Raven Cafe bike night in Whitchurch Shropshire on Thursday Sept 8th by prior arrangement (I will transport the bike there if weather is bad). For international buyers, I can store the bike for up to two months to help with shipment logistics. 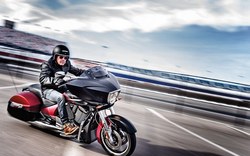