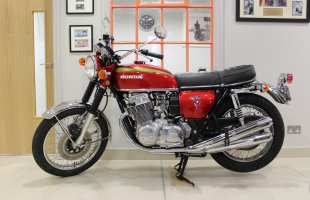 Honda introduced the CB750 motorcycle to the US and European markets in 1969 after experiencing success with their smaller motorcycles. The CB750 offered two unprecedented features. a front disc brake and a transverse straight Four engine with an overhead Camshaft. neither of which was previously available on a mainstream production bike.  The CB750 was the first modern four-cylinder machine from a mainstream manufacturer and  the term “SUPERBIKE” was coined to describe it.

This Bike is in faultless Condition . is has had 1 owner from new covering just 25. 00 miles and is fully UK registered . Taxed and MOT'd . The bike also comes with a whole host of History and receipts.

If you are looking for the Iconic Superbike you will not find better . this could be a show winner if entered.

Please call to organise a viewing. 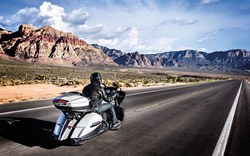