I guess if you are looking at this listing. you won't need me to tell you what a fantastic touring bike the RT is.
This one is a fantastic example. in excellent condition. It has one previous owner. and most importantly a full BMW service history as follows -
03/09/08   - PDI25/09/08 -     685 miles26/08/09 -   6064 miles07/09/10 - 11313 miles16/06/11 - 17579 miles30/11/12 - 18766 miles
Now covered just 20944 miles.
You'll no doubt be aware that the SE includes an electric screen. cruise control. heated seats. heated grips. electronic suspension. tyre pressure monitor etc. . over and above the normal RT. I've also fitted a GIVI monokey rack and a garmin sat nav mount which will be included. (Please note - this is just the mount. and doesn't include the sat nav unit itself).
The next service isn't due until the end of November 2013. and the RFL and MOT run until then. also. Additionally. there's a transferrable BMW warranty until the end of November 2013. for added peace of mind.
I live in Stratford Upon Avon. Warwickshire. If you fancy a fabulous economical touring bike with all mod cons. please feel free to get in touch for further details. or to arrange to view - just PM me via the contact seller button.
Please note. this is a genuine bike and I will only sell within the UK - should you have any Nigerian style cashback proposals. please don't bother to get in touch. Funds must be cleared before you take delivery.
Sorry about the fact that there is only one photo - eBay keeps telling me that my other photos are too large. Let me know if you'd like to see some more. and I'll email them.
Thanks for looking and have a great summer. 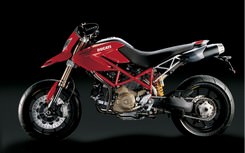