A fully featured touring machine with all the touring gizmos you are likely to need.

This is a fast. comfortable and really well handling touring bike that has toured Europe several times effortlessly.

I have owned this bike since June 2008. previous owner Clarkes BMW as demo bike for 1500 miles.

Full BMW warranty and European breakdown cover will be signed over to new owner for piece of mind. Valid until mid May 2014. Worth over £300.

Rub marks on left pannier and a little mark on left fairing from someone trying to squeeze by. Shown in photo.

Ready to load up and head off on that big trip.

Clearly you are bidding to purchase so if you have any questions please ask before hand.

Initial deposit of £350 by Paypal and remaining balance transfer by BACS. 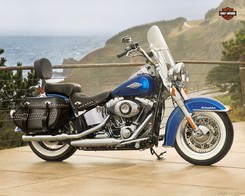