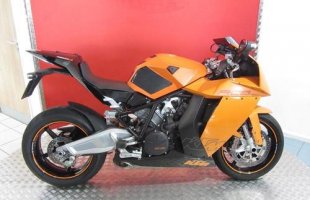 KTM have been producing an interesting range of motorcycles for a few years now and are well known in the Adventure and Off Road markets as this is where the majority of their range fits. However they also produce a small range of head banging Super Moto style machines and the RC8 Sports Bike. The RC8 is powered by a stonking V-twin motor housed in a great looking and handling tubular trellis chassis utilising the engine as a stressed member. The sharp angular lines give the bike a distinctive appearance and with top quality chassis components such as Brembo brakes and WP suspension it really is a top notch Sports bike. On sale here we have a late model which features the 1190cc motor and is finished in classic KTM Orange. There are just 7. 00 miles on the clock and it even comes with the great registration 'S29 KTM' included. If you are on the look out for a Super Sports bike and fancy something just a little bit different then come down and take a look at this beauty! If you have any questions on your mind about it? Then pick up the phone and call us on 020 8668 8856 or 8851. . . Our keen to help sales-team are on hand to do just that. Give them details on your current bike while you're about it too. that way. at least you'll know what is or isn't standing in your way of doing a deal. With only 7000. what must have been completely dry miles on the clock! It comes complete as a package with the number plate 'S29 KTM'. which must be worth a bob or two. This is probably the nicest example on offer for sale on the market today. Come and check it out! Part-exchanges are not only welcomed. but encouraged too. What have you got to PX? Having changed hands only the once since being supplied from new. Doble Motorcycles stock number 9488. 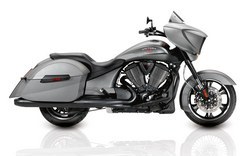