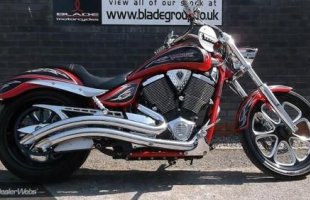 VICTORY JACKPOT. 1731cc . Manual 6 speed. 2011 61 Reg. 2. 64 miles. Red. The greatest Victory ever created
The Cory Ness Jackpot is the crowning glory of a rich and successful relationship between the legendary Ness family and Victory motorcycles. Arlen Ness. his son Cory and even his grandson Zak have helped create many beautiful limited number specials with in the Victory range but this amazing Jackpot is a defining achievement. This is an incredible opportunity to own a rare and sought after machine. Further customized by ourselves with Stage 1 exhaust. Ness LED wrap around indicators. side mount plate. Rad 3 controls. Ness discs and lots of chrome!
. £11. 50 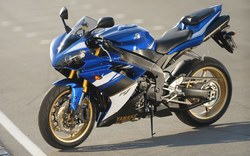