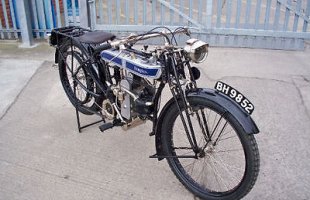 1923 Douglas 2¾hp Model TS ------DEPOSIT TAKEN-------
Frame no. 58374
Engine no. 56895
The Bristol-based Douglas Foundry took up motorcycle production in 1907 with a machine powered by a horizontally-opposed. twin-cylinder engine. and the company would keep faith with this layout until it ceased motorcycle production in 1957.
Fore-and-aft installation made for a slim machine with a low centre of gravity. and the design's virtues were soon demonstrated in competition. 2¾hp Douglas machines taking 1st. 2nd and 4th places in the 1912 Junior TT in the Isle of Man.
Douglas were quick to realise the advantages of the countershaft gearbox. its three-speed entries gaining the Team Prize in the 1914 Six Days Trial. a conspicuous success that resulted in the firm obtaining a wartime contract for the supply of military machines.
Douglas' success continued after The Great War.
In its publicity announcing the 1924 models the company claimed that 'well over 75. 00 Douglas 2¾hp machines are giving satisfaction every day to their owners. ' No need was seen for major changes: 'For many years now it has not been found necessary to alter the main design. which incorporated the vibrationless twin-cylinder engine. because. as a mount world famous for economy. ease of control and great comfort. it had withstood the buffeting and battering of every clime since 1908. under all conditions. in the hands of riders of both sexes and all ages. ' It would be another two years before a wholesale revision by Chief Designer Cyril Pullin saw the new EW model emerge.
The very early history of this 2¾hp Douglas's unknown prior to the issue of its continuation logbook in 1947. since when the machine has had seven owners.
A two-speed. clutch-less model. 'BH 9582' was restored to a very high standard between 2005 and 2009 and has barely been ridden since.
She is offered with a quantity of expired MoT certificates and tax discs; masses of paperwork. assorted correspondence; CD-ROM of pre-restoration photographs; reproduction handbook and spares catalogue; old- style logbook
These Douglas machines very rarely come on the market and are exceptionally rare in this show condition.
Having current MOT and TAX
All papers and documents registered in this country.
Export enquiries welcome 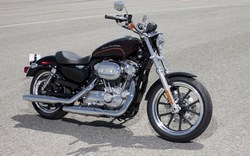