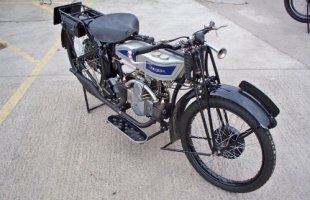 1929 Douglas 348cc EW
Frame no. MF 14033
Engine no. YE 12534
Designed by Cyril Pullin and launched at the Olympia Show in 1925. the Douglas EW was intended to benefit from tax concessions available to lightweights and so weighed under 200lbs. In typical Douglas fashion the engine was a fore-and-aft flat twin: a fixed-head sidevalve with outside flywheel. hand and mechanical oil pumps. and BTH magneto ignition.
A gearbox mounted behind rather than above the rear cylinder. all-chain drive and decent-sized drum brakes differentiated the EW from its predecessors. as did the handsome sloping fuel tank that replaced the 'flat' style used hitherto.
An unusual feature was the gearchange gate located in the tank's centre.
First registered on 25th January 1929. this Douglas EW ownership record is very few
Robert Jardine. who had owned it from 1961
The previous owners late father purchased the douglas in 1971 it was in very good condition mechanically but cosmetically poor. 'MO 9333' was run only occasionally and dry stored until its owner's death in 2002 when it passed to his son. who had it restored by Robert Freeman. originality and patina was at the top of the list.
The machine was completely stripped and underneath the many layers of paint was found to have suffered very little mechanical wear.
The Douglas was completely restored to a very high standard.
It was then repainted. together with the frame and running gear.
New leather pouches were made for the toolboxes. and the wheels rebuilt with new spokes. tyres and tubes.
The machine has covered fewer than 100 miles since 1971 and fewer than 10 since the restoration's completion in 2008 'MO 9333' was last taxed to February 2009 and MoT'd to January 2009 (disc and certificate on file) and has been carefully dry stored since then.
It shows fantastic patina due to many original parts being used in the restoration.
These Douglas machines very rarely come on the market and are exceptionally rare in this restored condition.
Having current MOT and TAX
All papers and documents registered in this country.
Export enquiries welcome 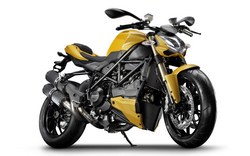