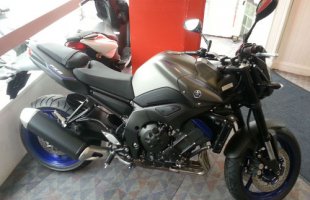 Thanks for viewing our listing
We have one Yamaha FZ8 in stock in the Racing Blue colour. It is unregistered and comes with the full 2 year Yamaha warranty. 12 months roadside assistance and 12 months tax.
The full price of this bike on the road including VAT is £7132.
You also get a £500 voucher to be spent in the shop on clothing or extra's for the bike.
Only a fool challenges the FZ8. Because the R-series derived high-performance engine is built to outrun anything in the class. And the sophisticated Deltabox chassis and high-specification braking system give this mean and moody fighter the edge over the rest.
A wave of brutal low- to mid-range torque makes for awesome acceleration. And when the needle heads towards the red line. it's time to hold on tight!
Slicing through mountain passes or powering along the highway. the ultra-light aluminium Deltabox chassis delivers razor-sharp handling with solid high-speed stability. And with new adjustable front and rear suspension. you can dial in the ideal set up.
Details:
FZ8: awesome performance with all-round ability
High-powered 779cc inline 4-cylinder engine
Instant torque meets slingshot horsepower
Light and rigid aluminium Deltabox frame
Radical new muffler designSupersport performance with naked good looks
R-series DNA in the engine and frame
Class-leading braking system
New-for-2013 adjustable suspension
Do you have a bike to sell? give us a call today for a part exchange valuation. top prices paid!!
We can also arrange finance on this bike. give us a call today for a full quote. We will take anything in runners or non-runners.
Delivery available anywhere in the UK. Call the sales team on 01474 320200 or email sales@a2motorcycles. co. uk. Many thanks 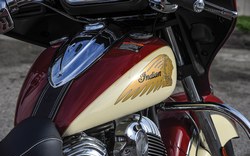