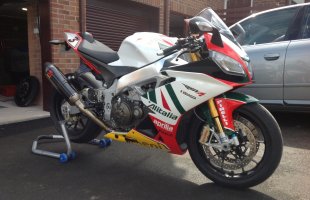 For sale is my Aprillia RSV4 Factory.  3100 miles ( May go up slightly with use)I am selling because I'm ready for a change and to be honest don't get the time to ride it.  It's is currently wearing its track fairing which is a brand new CRC set and has just been painted in Audi white. It will also come with the original custom painted Aitalia road bodywork ( Minus Mirrors as I sold these separately) which can be see in the pictures. This bike has only bee on track ONCE at Silverstone for 3 sessions and has not been abused in any way. It is a perfect example of this Italian masterpiece. It is currently on a daytime MOT but will pass a full MOT once the original bodywork is replaced should you choose to replace it. MOT was passed this month so nearly a full 12 months left. Tyres are Pirelli supercorsa BSB and have only completed 3 sessions on track since fitted new. No outstanding finance. I look after all my bikes and this bike has wanted for nothing and is in fantastic condition.
New 520 rental chain and sprocket fitted about 200 miles ago. Brembo RCS master cylinder ( Awesome stopping power)full GB engine covers. Gilles Rearsets ( the good ones)Paddock stand bobbins. Oil and Filter change less than 100 miles ago.
This is your chance to own the full package for road and track.  CASH ON COLLECTION ONLY PLEASE. NO TIME WASTERS PLEASE.
May be interested in part exchange but would prefer full cash price. Any questions you can contact me through Motorcycles-for-sale or on 07889707653. 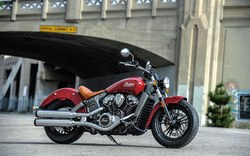