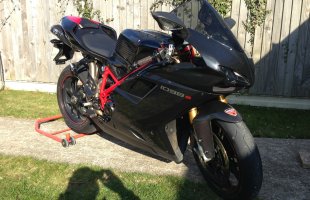 Up for sale is my Ducati 1098S . Had for over a year but I simply never use it. I have done only 300 miles on it in the last year and the only reason I got the bike is because I px'd it with someone for my 1198 track bike. I just dont like road riding. Seems a shame to leave it rotting when someone could be using this awesome bike. Its packed  all usual S parts as well as carbon which is in pics. Its not cheap chinese crap either. Its all Ducati corse. Ducati rear sets Quick action throttle 70mm Termis with correct chip Quick release filler cap Ducati slipper clutch  Plenty of tread on tyres and  All keys and booklets All Ducati stamps except 1 Its currently sorn and no MOT but a new MOT will be done for buyer Dont want any swaps or silly offers please. They will just be ignored This is probably the bike with the lowest mileage on here and stacked with more extras than most. Its worth every penny of what I am asking. Its a stunning bike but I just prefer my others! The bike has never been rode in the wet since I have owned it and it doesnt have signs or any rust etc or any previous rain riding. The bike is and has always been locked in a brick garage and it is started regularly and always left on a trickle charge to maintain the battery. Always starts as a bike like this should and sounds as good too. Viewing is more than welcome. If you want any other info as I am sure I have probably missed some then please give me a shout on 07789740405 NO PAYPAL and cash on delivery UK ONLY please Comes with all original parts inc exhausts and complete clutch 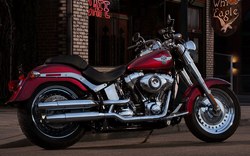