Ducati Streetfighter 848 (2012) EVERY EXTRA AND Only DELIVERY Miles!

A really unique opportunity to take advantage of one mans obsession with creating the ultimate 848 Streetfighter! This bike has absolutely everything already fitted including Termi's. ride height adjuster. solo seat cowl. screen. Evotech tail tidy. levers. exhaust hanger and acres of carbon fibre. key guard. belt covers. under seat panel. under tank panels. air intakes exhaust heat shield. radiator covers and hugger!
The real shame is that after building his dream bike Jim's job has forced him to spend 95% of his time abroad with no time for playing with his new toy so she needs to find a new home and a new loving owner who will cherish her as much as Jim did! 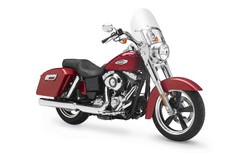