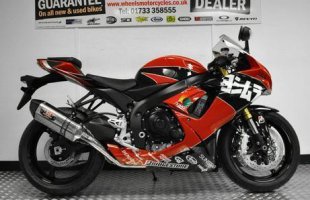 Suzuki GSX R750 YOSHI SPECI
SUZUKI GSX-R750 YOSHI SPECIAL REPLICA WITH YOSHI PAINTWORK + FULL YOSHI EXHAUST SYSTEM The GSX-R750 has been the benchmark by which other Sportsbikes have been judged since its inception in 1985 and that philosophy and belief still holds strong today. From its race-derived frame. suspension and running gear. through to its compact design. the GSX-R750 incorporates everything that a class-leading machine requires - and more. It inspires confidence in all aspects of control. acceleration and braking. with its agile handling ability it makes you feel totally in command of the power that it supplies and fills you with a belief that you are as one with the machine. On the road manners are enhanced by cutting-edge design techniques that improve fuel efficiency without compromising performance. The GSX-R750 is a machine to compete with. and deliver your expectations! With Low Rate Finance Available and Lifetime Guarantee
Available from Wheels Motorcycles on 01733 358555 / Sales@TazMotorcycles. co. uk 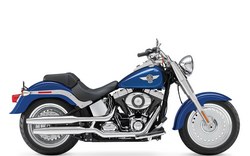