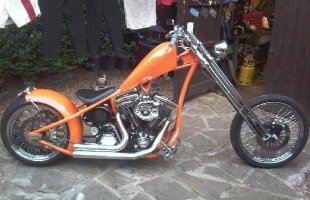 Here we have my Harley Davidson 1340 evo chop. it is mot'd until May 13th 2014. 6 months tax. this chop runs sweet as a nut and starts first time every time. 250 rear end. hard tail. performance billet callipers. 80 spoke wheels. dry clutch with enclosed belt drive. Ford Focus ST orange in coulour. far too much to list. I'd be here all week! Check the photos. the bike is MUCH nicer in real life the photos don't do it justice. it rides lovely. This is a VERY reluctant sale. Tyres are good. chain and sprockets are good. brand new leisure battery. the bike needs nothing doing to it whats so ever. I have had it since 2009. v5 is present. viewing welcome. no test pilots or idiots. The bike is a 97 on an R-reg and was built 2 years ago. If you need any more details ring roy on: 07591552048. Cash on collection. 100 pound through PayPal at the end of the auction. contact must be made within 48 hours of the auction ending. I reserve the right to pull from this auction at any time as this item is advertised elsewhere. Happy Bidding! 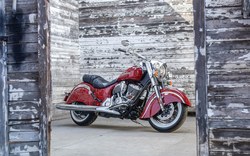