The Taiwanese company Sanyang Industry Co., Known for its Sym scooters and quad bikes and cars Hyundai, after many years of development and investment, today occupies a leading position in the domestic market and successfully conquering the world market. Plants of SYM equipped with modern high-precision automatic equipment used for the production of high-quality motorcycles, scooters and low-cost cars. The company has been repeatedly awarded the honorary awards for achievements in the field of quality control. Plants Sanyang Industry Co. are located in Taiwan and manufactured products exported to many countries around the world. The plans Sanyang Industry Co - enter the top ten producers of motor vehicles.

History of the Taiwanese company began in 1954. Then in Neihu factory was established Sangyang Electrical Machinery plant with the number of staff 10 people, producing generators for bicycles. After five years of operation the plant was reorganized in Sanyang Electrical Machinery co., Ltd, and after three years of collaboration with the Japanese company Honda at the plant began production of 50 - and 80-cc scooter, and a little later - the small car.

In 1978, the unit was based R&D, which consisted of about 200 experts. The purpose of this division - the creation of new technologies and designs, the designation of the development of Taiwan's industry. Developments are carried out in the areas of design, design of the engine, frame and electrical systems, as well as the risk weight optimization motorcycle design in accordance with the wishes of consumers. We know that each year more than 3% of turnover (about 20 million U.S. dollars) invested in the development of new technologies.

In 1989 the factory was opened Hsinchu car factory for the production of cars. By 1994, the plant produced 5,000,000 Scooter Sym, but the company never chased amount, paying much more attention to product quality. Along with the development of new technologies, the company cares about the environment. In 1995, the plant received ISO 9001 certification for motorcycles and ISO 9002 for cars. In 1998, Sanyang introduced standard ISO_14001, quality management system, documented and systematized system. Sanyang uses the system to reduce production losses, saving energy and resources, and recycling used materials. 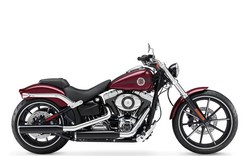