BMW HP2 Sport
Registered May 2011. and I've owned from new.
6. 10 dry miles.  Cleaned and polished after every outing.
Standard bike. but with carbon hugger by Sandbar Composites.
This is one of only 400 produced in Motorsport colours. which were only available in Europe.  This is the switchable ABS version.
It's the ultimate boxer-twin. and is a 'future classic'.
The bike was designed by BMW to take on a season of 24 hour racing. to prove that a lightweight twin could take on the standard 4's !!
Key features are full carbon bodywork. carbon seat module designed without subframe. single-sided swing arm with BMW shaft drive. race inspired 2D dash the same as GP bikes. full Ohlins suspension front and rear. lightweight forged wheels. eccentrically adjustable billet foot pegs / rear sets. BMW quick-shifter. Brembo brakes. adjustable bar position.  It really is pretty exotic. and turns heads everywhere I've been.
There are the inevitable one or two stone chips to the front. although Venture Shield has protected it in the main.  The bellypan is literally brand new and totally unmarked.
Not ridden since July. and has a new Metzeler on the rear.
Home improvements and a "ridiculous dentists bill" forces a very reluctant sale.
Any questions. call Brett on 07896 575783 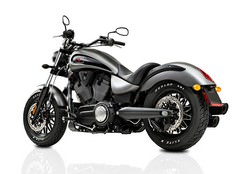