Seller notes: This Trike is in excellent condition. The first to see it will buy it. These bikes are becoming very rare and the triked version even more so.

I am listing this trike for a friend. who doesn't do as he says "the interweb".
This is a super trike. one of the best I've seen. It sounds great and runs perfectly. It has been MOT'd today it is taxed. ( will update next few days ). It is registered as a trike and can be driven on a car license. The engine is a 6 cylinder with 6 exhaust pipes. 12" disc brakes to the rear. specially made Shark Tooth Wheels and a very nice paint job from the House of Colours.
This trike was built by a very experienced engineer who has put at least 60 trikes on the road over a long period of time.
I don't have any more pictures at the moment. I will upload them as I get them. (Although the images don't do the trike justice).
The trike is priced to sell. This is not an auction. so no bids please. If you want to talk to the owner or to arrange a viewing the number is below.
You can contact Bob from 9 to 5 Monday to Friday on 01924 366461.
Don't hang about. This could be your last chance to own a Valkyrie Trike.
Thanks for looking. 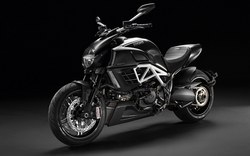